Cross-Cultural Center gets off the ground at SDSU Imperial Valley 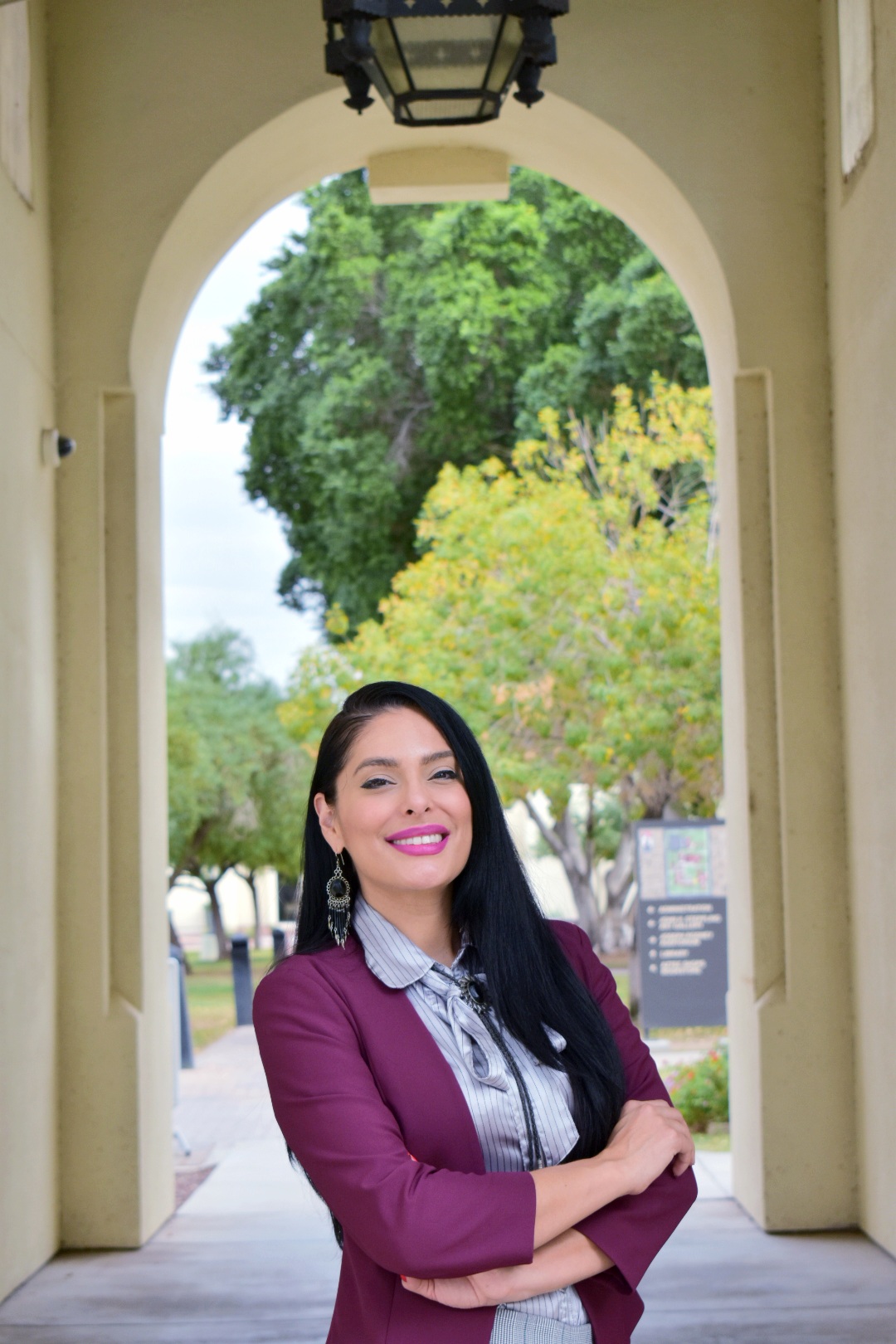 Now, Falcón is bringing her exper- tise and passion for working with stu- dents whose lives straddle the border to SDSU Imperial Valley. In November, she was appointed the faculty direc- tor of the campus’ new Cross-Cultural Center.

“The creation of our new Cross-Cul- tural Center has been a high priority as part of our commitment to improve and expand services to enhance stu- dent life on campus,” said Henry Vil- legas, SDSU Imperial Valley Interim Dean of Student Affairs. “Dr. Falcón’s research and experience uniquely qual- ify her to guide the development of the Cross-Cultural Center here.”

The SDSU Imperial Valley Cross-Cultural Center will be housed in the li- brary. However, how it will function will be guided by local students.

Meeting the needs of underserved student populations isn’t a one-size- fits-all proposition, according to Falcón. “How the center will look and work must reflect the needs and con- cerns of the students here,” she said.

That is why she has spent much of her time since arriving at SDSU Imperial Valley meeting with student organizations, attending student events, asking questions, and listening. “My main task so far is learning the campus culture, seeing how we can collaborate and support students in a systematic way, “she said. “We have to learn from one another.”

To that end, she has set up an advisory committee to guide the Cross-Cul- tural Center’s development. “Everyone must have a seat at the table. The committee will draft a mission statement, a logo and its physical space,” she said. SDSU Imperial Valley Associated Students President Carlos Fitch, who sits on the center’s advisory committee, is enthusiastic about Falcón’s approach.

“She really is engaged with students,” he said. “I am very confident this center will be a tremendous benefit to students.”

While the Cross-Cultural Center is new at SDSU Imperial Valley, the con- cept of Cultural Centers is something SDSU increasingly embraces. The mission of SDSU’s Cultural Centers is to be a framework that “addresses equity, justice, and inclusion … (and) facilitate the learning and growth of traditionally underserved students.”

She said Imperial Valley student concerns would guide the development of initiatives centered on the social justice, inclusion, and validation of the intersectionalities of their social identities at the Calexico-Mexicali border region.

That transborder life becomes a part of a student’s identity is something Falcón experienced growing up. Born in Los Angeles, her immigrant parents from Mexico and Peru moved the fam- ily to Tijuana when she was young. As a result, she experienced the daily dif- ficulty of crossing the border into San Diego to attend school starting in sixth grade.

She founded the Transfronterizx Alliance Student Organization (TASO) during her doctoral studies. She is also founding director of the Transborder Student Ally Program to train faculty, staff, and students to support SDSU’s transborder community.

Recently, she was a visiting scholar for the Borderlands Education Center at the University of Arizona and an adjunct faculty teaching online in the Department of Counseling and Human Services at John Jay College of Criminal Justice.