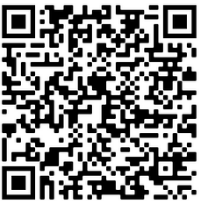 We are pleased to announce the launch of a pilot shuttle program that will more easily connect SDSU and SDSU Imperial Valley. This new pilot program is a direct result of our university’s strategic plan, and is being introduced to create ease in travel between the San Diego and Imperial Valley campus locations and to help create and facilitate our research, academic and student engagement activities.

Beginning Oct. 5, the shuttle service will begin operating with pick up and drop off locations on Hardy Avenue at Campus Green at SDSU, and at the SDSU Imperial Valley parking lot. The service will operate at no cost to students, faculty and staff three days each week based on the following schedule:

To reserve a seat on the shuttle please submit a reservation through the SDSU Shuttle Reservation Form within 24 hours.

The shuttles can seat up to 12 passengers each, including an ADA-compliant seat. As the shuttle will pass through the Pine Valley U.S. Border Patrol Station, students, faculty and staff should have their identification ready to present while taking the shuttle.

The introduction of this pilot program follows several discussions during our earlier university-wide strategic planning process, and surveying of students this year, all of which indicated strong support for a shuttle service.