Located at the west end of the Carrillo Quad, Steppling Gallery functions as a major cultural center for the campus. Gallery and other humanities enrichment programming includes five or six visual arts exhibits by regional and international artists per year, a variety of music concerts, and other performances. The gallery also serves as a gathering place for receptions and conferences. John Steppling, for whom the gallery is named, was a collector of fine art and the long-time editor of the Calexico Chronicle newspaper. Steppling was instrumental in securing the establishment of a university in the Imperial Valley. 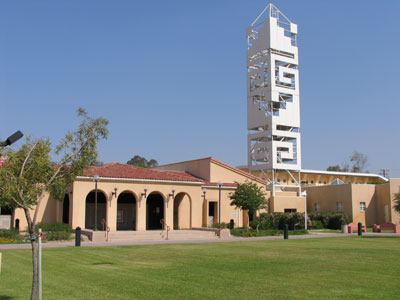 The Imperial Valley Campus Library building was dedicated in 1982. A 10,000 square foot addition, completed in 1995, doubled its size. Also shown in the photograph is the carillon bell tower. 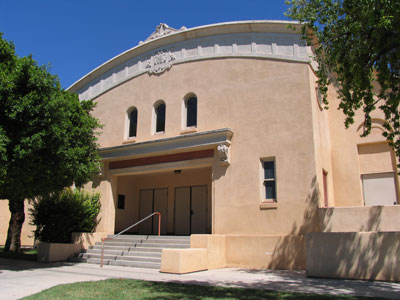 Rodney Auditorium was one of the original buildings that became San Diego State University, Imperial Valley Campus. Built in 1927, it was named after the campus' first dean, Joseph Rodney. The auditorium was remodeled in 1995 and today hosts plays, conferences, poetry readings, musical events and occasionally, large classes. The auditorium seats over 500.